Captain Smart has intimated religion is destroying Africa, especially, Christianity and Islam. He says many Christians and Muslims have made themselves so religious and refused to think to advance their lives.

Speaking on the Smart Show on Smart TV Tuesday, May 19, 2021, he said “any country that can be identified with religion without any social advancement or improvement is a useless country.”

He noted there are 10 issues bedevilling the African continent aside its politicians, and religion is on top of these problems.

Narrowing his lamentation to Ghana, he asked if the Mecca, where many Muslims go for pilgrim each year is as dirty and poorly structured like Ghana.

Even though Muslims across the globe visit Mecca yearly, he noted they’re (visitors) able to get a place to reside due to the right thinking people out there. 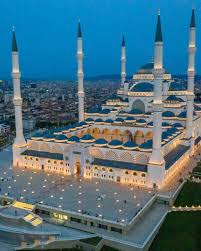 “Christianity and Islam are destroying Africa. Mecca, where Muslims go and pray every year can host Muslims across the globe but there’s no dumsor or untarred roads in Mecca. When all these plenty Muslims go there, they get places to sleep. Do you litter the ground when you go to Mecca? Mecca is a religious city but their leaders think,” he disclosed.

Mr. Smart added that the proliferation of churches in the country has produced lazy people who spend majority of their time praying in churches instead of working.

Speaking about Christians who visit Bethlehem—the birthplace of Jesus Christ – he asked if they have poor roads and power outages like there is in Ghana.

“Many pastors go to Israel, go to Bethlehem, Ephesus, Corinth and all the other places but they have no dusty roads there.”

Mr. Smart added that, all presidents Ghana has had are either a Muslim (Dr. Hilla Liman) and Christians yet they don’t develop the nation just as Saudi Arabia, Israel, UAE and other places that are equally religious nations.

He indicated the lands that are supposed to be used to put up infrastructure have all been used to build churches, with the Greater Accra and Ashanti regions having 14,444 and 15,012 registered churches respectively.

The proliferation of churches in the capital is the reason according to Captain Smart, he supported the construction of the national Cathedral, to serve as a place of worship for many of the churches to make the already limited lands available for other social and economic purposes that would be profitable to the state.

“In 1997, when Rawlings asked for churches to be counted, there were 87 churches in Winneba but now there are 351 churches. There are 14,444 registered churches in Greater Accra when I went to the Registrar Generals department. Ashanti region has 15,012 with Kumasi alone having 7,084 churches. The lands supposed to be used to build schools have been taken over by church buildings, children don’t even have playgrounds for recreation anymore. All football fields have now been occupied by churches,” he stated. 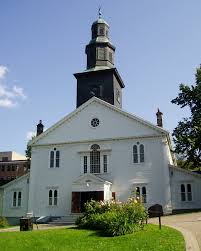 He added “It’s about time we began to think that religion is actually killing us because God does not bless a prayerful person but a prayerful thinker,” adding that, “between now and till the coming of Christ, [people should] stop fooling and make a life. I’m a Christian and a good standing member of the Church of Pentecost so don’t think I hate Christians but people must be told the truth.”

“North Koreans are Buddhist, Chinese aren’t Christians yet we go to them for loans.  Meanwhile the Bible says we shouldn’t be equally yoked with unbelievers. Why do we go to Turkey [Islamic country] for ambulance?”

He advised the youth to minimise the rate at which they go to church and do something with their hands.

“Let’s minimise the rate at which we go to church youth of Ghana and work because if you pray without working, you’ll remain where you are.

He added that “God does not listen to foolish prayers so allow your husband to sleep instead of disturbing his sleep with prayers at dawn for him to go and sleep at work and get sacked. The pastor will ask you to buy a ring for protection yet he has bodyguards following him.”

He alleged “some pastors go to Benin and Togo and suck menstrual blood and blood from slaughtered sheep to gain power and we know you all.”

“Magufuli closed 300 churches and 48 mosques. Kagame has closed 612 churches and 400 mosques to build hotels so that when tourists go to Rwanda, they’ll get places to sleep and that’s the reason they sponsored the Arsenal football club in England. It’s about time we read the Bible and Qur’an well and stop putting our faith in some men of God,” he stated.