He says “just as the world expects the second coming of Christ, so should they expect the return of Castro.”

Hosted on Onua Maakye Friday morning with Opiesie Esther, Nana Ama Adadziewaa –a legendary backing vocalist and Naasei, the Story Singer, Nero X told host, Captain Smart, that his conviction is high of the musician’s return since his doubts are dispelled intrinsically about Castro’s existence.

Reminiscing his relationship with him, the ‘Osey’ hitmaker said Castro encouraged then underground musicians like himself, Kofi Kinaata, Ayisem and others through which he met some music producers who brought him to limelight.

Theophilus Tagoe, a.k.a Castro and video vixen, Janet Bantu, disappeared on the 6th of July, 2014 at the Ada Beach in Greater Accra. 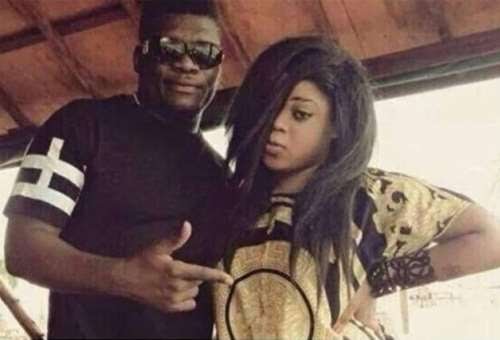 It was reported that the two, while on holiday with the Gyan brothers went for a jet ski trip to the Ada Beach resort and estuary where they went missing.

Since the disappearance, many people have reported cases of seeing him at several locations across Africa notably Togo, Nigeria and South Africa. His fans however, do not believe their superstar is dead and have long hoped for his return.

Also on the show was a legendary backing vocalist whose sensational voice has thrilled Ghanaians for almost three decades, backing over 300 songs.

Even though not known to many until her videos sprouted on social media recently, Nana Ama Adadziewaa has backed artistes and performed with others which include; Lord Kenya, Okomfoɔ Kwaadee, VIP, TH 4 Kwages, Akatakyie, Rex Omar and Blakk Rasta.

Others are the late Bishop Michael Osei Bonsu, Yaw Sarpong, late Paapa Yankson, Pat Thomas and many others, including artistes from Ivory Coast, Cameroon, Togo, Liberia and performances with the legendary Kojo Antwi, Yvonne Chakachaka, Opiesie Esther and many more.

She currently has a single ‘Konongo Kaya’ and set to release her second song next month.

Police arrest 3 in connection with Takoradi ‘self kidnapping’

Police arrest 3 in connection with Takoradi ‘self kidnapping’